This beautiful island became the point of my interest for this Summer’s holidays.

It’s been 5 years since I was there for a shooting around Catania and I wanted to explore the other parts this time.

the typical beach in Italy?

I was lucky, I met with my friend photographer and he showed me some secret beaches where none was around and I could make my naked pics and videos 😉  Do you want to see them?

Sebastiano, my friend photographer also gave me a gift. The book called “Love Sicily” and to my surprise, I found my pictures inside. The book is full of girls, mostly naked in interesting spots in Sicily. I didn’t know such a book existed, nice surprise.

Anyway, I had perfect time, seen places with a lot of history like Salemi, Syracuse, Palermo, Etna and around 30 more spots. I love to travel and see different places every day. Sicily has a great landscape full of mountains with crazy serpentines and beaches all around.

Where have you been having the vacation this Summer? 🙂 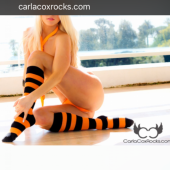 This site uses Akismet to reduce spam. Learn how your comment data is processed.

you are wonderful. I adore your hard work and that you always looked after your fans. Thank you for another great website.

Thank you so much for the kind words 🙂 What do you like the most in this website o what are you missing?